The links below are to websites. 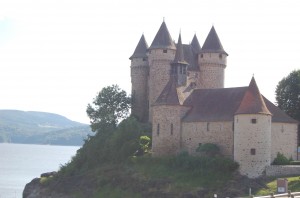 Ofqual. This body regulates examinations, qualifications and assessments in England.

NCELP is the National Centre for Excellence for Language Pedagogy. A rich source of research summaries, schemes of work and lesson resources. Set up and financed by the DfE in England.

Speak to the Future is a campaign organisation which makes the case for language learning in an era of relative crisis.

NALA is the National Association of Language Advisers. It is for all those who offer advice and support to language teachers.

CLIL4Teachers is a wiki hosted by the ALL. It is a hub for teachers interested in teaching other subjects through the medium of a modern language. It contains advice, links and resources.

LLAS, the centre for languages, linguistics and area studies, provides professional development, resources and information to the higher education sector.

The Film in Language Teaching Association (FILTA) is "an association of language teachers, film educators and researchers. It was formed for the purpose of providing a forum for the exchange of information related to the use of film in language teaching."

The Society for French Studies.

Association for French Language Studies This is for university level teachers.

Scottish CILT. A national centre for information on language teaching and research based at Strathclyde University.

French Teachers' Association. A hub for Irish teachers of French, with regional sections, a national conference and CPD opportunities.

American Council on the Teaching of Foreign Languages.

American Association of Teachers of French from Southern Illinois University.

FLTeach - foreign language teaching forum based at the State University of New York at Cortland.

Illinois Council on the Teaching of Foreign Languages.

Idaho Association of Teachers of Language and Culture

Minnesota Council on the Teaching of Languages and Cultures.

Saskatchewan Association of Teachers of French.

NAFT - the New South Wales Association of French Teachers. Formed in 1999, it describes itself as a "sizeable and dynamic professional association".

The Council of Europe site has the Common European Framework of Reference: Learning, Teaching, Assessment.