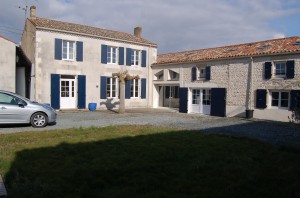 Definitions: strictly speaking, an approach is a way of looking at teaching and learning. Underlying any language teaching approach is a theoretical view of what language is, and of how it can be learnt. An approach gives rise to methods, the way of teaching something, which use classroom activities or techniques to help learners learn. A method is an application of an approach in the context of language teaching. An example of a method is the grammar-translation method.  In practice, teachers tend to use the terms approach and method fairly indiscriminately.

The term methodology refers to the set of practices and procedures a teacher uses in the classroom. It is bound to be based on an approach or method. So, we could refer to both a grammar-translation method and methodology.

Originating in the 1920s and 1930s when linguists such as Harold Palmer and A.S Hornby took the direct method and from it developed a more scientific approach for teaching languages through an oral approach. It was well-established in Britain by the 1950s, although many teachers were still relying mainly on grammar-translation well beyond then. With the oral approach vocabulary is limited and based on frequency counts from the language being studied. Grammar is also selected and graded by difficulty and presented and practised principally through question and answer. It remains at the core of many courses which are structured primarily on the basis of structural complexity, beginning with the simplest and working through to the most complex. 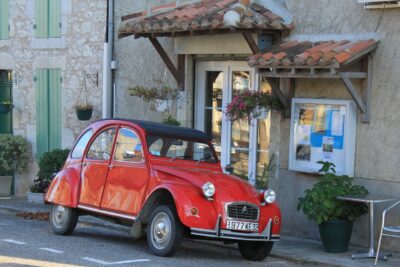 In this approach, which became by the 1960s closely related to the situational approach (language presented in the context of real life situations, thus making it seem more relevant to learners), language is normally presented orally first, exploiting repetition, drilling and question-answer, then reinforced with reading and writing tasks. What results is a form of artificial classroom communication. Course books from this period made greater use of pictures as a basis for communication.

Grammatical rules and linguistic competence are induced through practice and with the aid of explanation. Nearly all teaching is done in the target language. Critics would say that this approach, whilst stressing the target language, does not give sufficient emphasis to genuine communication so remains rather unmotivating. It is alos sometimes reported that the approach suits more able learners.

Audiolingualism , a term first coined in 1964, took elements of the US army approach of the second world war, the post war oral approach emphasising drilling of grammatical structures and the insights of behaviourist learning theory. Dialogues and drills form the basis of this essentially oral method, so similarities with the British oral approach are apparent. Correct pronunciation, accuracy and mastery of structural patterns are stressed. Tape recordings and illustrations are used to support oral practice. A whole range of drilling types exist: repetition, replacement of one word by another, gap-filling, sentence transformation and so on. These practice techniques are commonplace today.

The emphasis is on acquisition through practice rather than analysis, although this may come after practice. Real communication takes a relatively small role, even less than with the Oral Approach. The linguistic theory underlying the method is that learning occurs through habit and repetition. The approach was well-suited to emerging technologies such as the language laboratory.

Critics would say that the approach was dull and repetitive, undervaluing real communication and the role of analysis. Language acquisition is not about acquiring habits, it is argued, so audio-lingualism does not accord with how languages are acquired naturally.

From the 1970s this was a reaction against the oral-situational and audio-lingual approaches which, with their stress on grammatical structure, neglected the functional and communicative value of language. In its weaker form it is not unlike the Oral-Situational Approach, but offers greater opportunities for genuine communication (information gaps, pair work, problem-solving games etc). In its stronger from it abandons grammatical structure and relies on the idea that language will be picked up just by communication (see TBLT below). In this sense it sounds rather like a direct method. Its weaker form, where communicative functions and notions are taught alongside a grammatical syllabus, is the predominant model of MFL teaching in the western world.

Course books reflecting this approach will stress the functions of language (e.g. apologising, persuading, arguing, negotiating) at the expense of detailed grammatical practice or analysis.
This approach maybe better suited to learners in a bilingual rather than school setting. One type of CLT is Task-based Language Teaching (TBLT) where the main focus is on creating purposeful, life-like tasks for students to do in class, again with a focus on meaning far more than grammatical form (see below).

Critics would say the lack of focus on grammar and analysis is confusing to students and that the approach may suit some contexts better than others.

Popular mainly in the USA, this approach is based on the notion that the second language is acquired very much like one’s native tongue. All that is required for progress is 'comprehensible input'. If learners hear or read language they can understand, nature will take its course and competence will increase. By this approach it is even argued that focus on grammar and accuracy could hinder progress since it would be time taken away from the main goal of providing input. Focus on form, it is argued, can increase accuracy, but will not aid acquisition.

The main focus with this approach would be on listening and reading for meaning, with relatively less emphasis on pattern practice and grammatical accuracy.

This sounds very much like the Direct Method as espoused at the turn of the twentieth century. In practice it is likely that teachers using a natural, 'comprehension' approach have much in common with those who use a communicative or oral approach.

One branch of this approach is the Teaching Proficiency through Reading and Storytelling (TPRS), both a comprehensible input approach and commercial entity, which has gained a fair bit of traction in the USA in particular. Teaching varies, but often focuses on building stories together, question-answer sequences known as 'circling', working with comprehensible authentic sources such as video, film and pictures, as well as specially written novels containing largely comprehensible language. 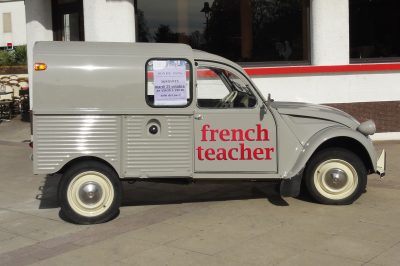 This is an off-shoot of CLT but worth describing in its own right, as it has gained popularity since the 1970s, particularly in the field of ESL (English as a Second Language). As with comprehension approaches, the assumption is that acquisition occurs most effectively when there is comprehensible input, but with TBLT there is greater emphasis on the performance of communicative, 'real life' purposeful tasks (e.g. planning a holiday together using the target language). A TBLT syllabus is organised by tasks, not grammatical progression or even topics. Taking its main cues from the input hypothesis (Krashen), interaction hypothesis (Long) and natural order hypothesis (where it is argued that competence with grammatical features develops along predictable routes, uncontrollable by the teacher), TBLT teachers assume that acquisition will develop through the task.

A weaker version of TBLT is known as TSLT (Task-Supported Language Teaching) combines the use of tasks with a more traditional approach to teaching using a grammatical syllabus and PPP (Presentation-Practice-Production).

Critics of TBLT argue that the methodology makes more sense with intermediate and advanced learners than beginners since the latter have little existing knowledge to work with when carrying out tasks.

These assume that the traditional division between grammar and vocabulary does not account for the interaction of the two, e.g. the fact that to know what a word or phrase means, also requires you to know how the word or phrase behaves grammatically. For instance, to understand the French word ancien (meaning old, ancient or former), you need to know its morphological and syntactic behaviour, i.e. the fact that it changes meaning depending on its position in relation to the noun and that it agrees with nouns for gender and number.

In a lexicogrammatical approach there is a strong focus on teaching language through high-frequency chunks, not individual words or traditional grammatical rules. Comprehensible input remains crucial, but the emphasis is on exposing learners to multiple occurrences of chunks through a range of techniques: reading aloud, translation, narrow listening and reading (using groups of short texts, each one 'flooded' with examples of target phrases), communicative exchanges and transcription. Grammar rules may be taught concisely, but do not form the organisation of the syllabus. The latter is more likely to be based on communicative goals and frequently used vocabulary chunks, including formulaic phrases. This approach is argued to be more accessible to learners than a traditional 'teach grammar, then add in vocabulary' approach.

Critics sometimes argue that it risks leading to a 'phrase book learning' approach, with students being unable to apply their stock of chunks to new situations. In the EPI (Extensive Processing Instruction) method created by Gianfranco Conti, chunking is used not just with formulaic phrases, but with all sorts of high frequency phrases, presented through substitution tables ('sentence builders') and in a range of listening, speaking, reading and writing tasks. The approach has found favour in many modern language classrooms. 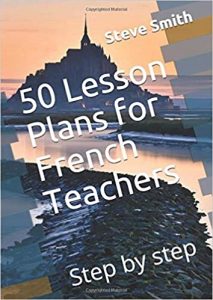 PBL stands for Project-Based Learning and CLIL stands for Content and Language Integrated Learning. The latter term is used mainly in Europe. However you label it, this type of approach puts content at the forefront and is therefore theoretically in the tradition of comprehension/input-based approaches. Proponents argue that learners are usually more interested in content and meaning than focusing on form and grammar. So lessons are designed around sources and activities based on interesting content. Listening and reading may be to the fore, while the amount of attention to explicit teaching of vocabulary and grammatical patterns varies, depending on where the teacher wishes to place the focus.

The approach has similarities with TBLT, therefore, in as far as the focus is on meaning. Critics point out, as they do with TBLT, that it is hard to design comprehensible lessons for near-beginners and even intermediate level learners who know relatively little vocabulary. Interesting content often requires a certain level of lexical and grammatical knowledge.

The CLIL Method of Teaching: 4 Ways to Implement This Method in Class

This was the approach used in most schools up to the 1950s and beyond. It is based on no linguistic theory, but evolved from approaches used in the teaching of Latin. The second language is viewed as a system to be gradually mastered, from the simple to the complex, by analysis and translation.

Similarities and differences between the first and second language are stressed. The written language is prioritised and there is little or no emphasis on speaking and listening.

The aim is to build up a strong grammatical and reading knowledge of the second language. There is little attempt to get learners to internalise structures for oral use. It is approach which some learners find satisfying and used in small doses it may supplement other methods, especially if the emphasis needs to be on accuracy.

Students who learned by this approach often report that they are unable to cope with spoken language.

How to Use the Grammar Translation Method

Today, in most settings, it is likely that a principled eclectic approach will be used, with the best elements of all the above methods. At the very least we safely say that for progress to be made a good deal of the target language needs to be heard, read and used. Focus on structure and accuracy usually assists progress and students like to have an understanding of how the language works.