Film, le septième art, has long held a high status within French culture. It is worth incorporating in an A-level course for several reasons. First, it is one way of becoming more closely acquainted with French-speaking culture. Second, films are an excellent source of authentic listening material. Thirdly, students who are going on to study modern languages at university will feel better prepared for the study of film at that level. Finally, watching a film, although less intellectually daunting than reading a novel or play, can be a stimulating challenge.

A number of factors should be kept in mind when selecting films or directors to watch.

Here are some examples of films and directors which have been successfully studied in recent years: 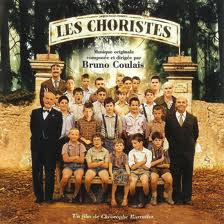 How to teach the film(s)

In preparation for study the teacher may wish to take detailed notes including timings, scene changes, soundtrack themes and which characters are on screen. This will be invaluable for the students later on, since, unlike with a book, they cannot instantly locate a scene from the film.

I would advocate watching the film in its entirety with subtitles. At A-level most students find a film without subtitles too difficult to follow, therefore enjoyment is lost.

During the second watch in short sections there is a range of activities possible.

At A-level assessment of film is an integral part of the examination. Candidates are given a choice of two essays, each of which requires an analytical and critical response of around 300 words (many students write more).

Students need plenty of practice for their written essays, so the teacher needs to instruct them on effective essay technique and how to play to the mark scheme. It is a good idea to do timed essays, either in class, or at home.

Students are undaunted by watching films and positively enjoy the process as film is such a commonplace part of their cultural life. The challenge for the teacher is to get them to watch critically, want to watch more French films and to enhance their future viewing of all films.