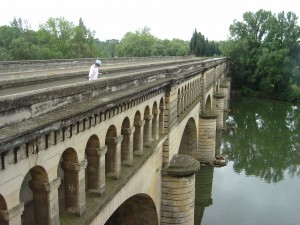 Over the years there have been many theories about how our pupils best learn foreign languages. We have seen grammar-translation, direct methods, audio-visual and audio-lingual based loosely on the behaviourist movement, situational, communicative, 'comprehensible input', functional/notional, task-based, content-based (CLIL) and so on. In very recent times, lexicogrammatical approaches, such as Gianfranco Conti's EPI (Extensive Processing Instruction) have made considerable inroads in secondary modern languages classrooms, notably in England, as well as 'knowledge organiser' methods using parallel translations as a basis for manipulating chunked language.

In recent years there has been a rather sensible recognition, usually shared by language teachers, that there is no panacea method for getting pupils to learn a language. The TSC Review of Language Pedagogy (2016) agreed: there is no best method for all circumstances. Students have differing prior knowledge, learning skills and personalities, while teachers have different backgrounds and methodological biases, and schools and countries have different traditions. There are so many variables involved in language learning that no one method can honestly be recommended for all pupils. This has led some writers to talk of our being in a 'post-method' era.

So what do we know? After thirty-odd years of teaching French, reading, thinking and writing about second language acquisition, a number of points occur to me.

Children appreciate clarity. If using the target language all the time makes things hard for pupils and they stop understanding, then this can hinder progress. Students cannot process what they don'y understand. Don’t get me wrong: large amounts of target language use in the classroom are important for pupils to improve their listening and oral skills, and to develop grammatical skill, but teachers should not be too dogmatic about TL use. I sometimes advise inexperienced teachers that it is a good idea to use the target language in solid bursts of, say, 10 minutes and then to “release tension” by briefly going into English. I was increasingly struck over the years that, whatever techniques we employ, many of our pupils, even quite clever ones, don’t understand quite a lot of what we say! I have also come to believe that translation is far from a dirty word, as long as it does not reduce too much the role of meaningful input.

Now, you may protest that coping with hard to follow language is part of language learning and I agree to an extent, but when it gets to the point of turning off learners, then something has gone wrong and some learners are indeed turned off, even in the very early stages of language learning, a time when learning could be the most enjoyable. So students need lots of input, but it must be comprehensible input, to use the formula coined in the 1970s by the second language learning theorist Steven Krashen.

So beware of being dogmatic about target language use.

Clarity also means understanding instructions. I believe it is more pragmatic and efficient to explain the rules for an activity or game in English, perhaps after an explanation in the target language. This gains time and you do not waste time subsequently explaining to students what they are meant to be doing. So you use a little English to achieve a gain of greater practice time, understanding and enjoyment.

One thing the behaviourists taught us is that repetition, drilling and controlled practice are useful weapons in a teacher’s armoury. So I found it useful over the years, especially with beginners and near-beginners to do frequent group repetition and drilling, rapid question and answer and simple oral drills (e.g. 'I say a positive, they give back a negative'). These traditions of audio-lingualism may be less popular nowadays, but I believe most children enjoy the clear structure of such activities which can help to gradually fix structures in their heads. The more meaningful a drill, the better. I have always rather liked the imperfect analogy that learning a language is like learning a musical instrument. Drills (scales?) are often effective starters to lessons when you want to get all your class quickly paying attention. This approach is referred to in some quarters as "skill acquisition" - learning how something works, then practising the skill until it becomes automatic or fluent.

The communicative tradition of pair and group work based on information gap activities has been a very useful one, but such activities are generally best done after more controlled practice of a more traditional type. We cannot pretend that our classrooms are places where language can always be used authentically. It is perhaps wiser to base our choice of task on what is plausible, rather than what is authentic. Most audio recordings and texts are "adapted authentic", which makes pedagogical sense. This even applies at advanced level. The notion of 'receptive first' or 'lots of input before output' is sound.

The rise of communication technology in the classroom has also been a very useful one, now that most pupils have access to computers and tablets connected to the internet. I found that most students learn a lot, particularly about grammar and meaning from good interactive exercises or games (e.g. the languagesonline site from Royal Grammar School, High Wycombe, Textivate or The Language Gym). But the computer is no panacea either. Language learning is a social activity and pupils enjoy interacting with other humans, including, for the most part, their teachers. They appreciate being clearly instructed and led in their activities, knowing that the teacher is clearly in control.

What about grammar? My experience tells me that students like it when grammar is carefully explained in English at some point. Most researchers also argue for concise explanations of grammar at some point in a teaching sequence (e.g. ncelp.org). I preferred on the whole to practise a point before the stage of explanation, however (what's called the ''inductive approach, rather than 'deductive', where the explanation is given at the outset. So students get the chance to work out patterns or rules for themselves. Even so, on some occasions, for example during an afternoon lessons when a class may become restless and need tight control, you begin with an old fashioned grammar explanation in English from a PowerPoint, followed by oral drilling and a written exercise.

“Learning grammar” is, of course, far more about internalising rules or structures through practice than knowing how to explain the rule, in itself not a particularly important skill. Grammar is the heart of everything for the learner who wishes to make serious progress and become fluent, but it may be much less important to the child who is going to stop learning after just three years. Perhaps the focus should be more on vocabulary knowledge, cultural input and survival language for such learners. Vocabulary is ultimately more useful and important than grammar.

On grammar, keep in mind the research that shows that learners develop their own internalised system in an often predictable order and may not be developmentally ready to really 'acquire' a new structure when you teach it. Students may appear to have understood a rule, i.e. explain it, but fail to apply it spontaneously for a long time, if at all.

As far as vocabulary is concerned, I disliked the concept of vocab tests – so dull, predictable and tedious - but I would now say that, once again, there is a comfortable structure involved with such tests which suit many learners. It is the case, however, that pupils of lower aptitude find memorising words very hard, so testing needs to take various forms, short and longer term, whilst with some groups it may be avoided altogether. Vocab is best acquired by frequent repetition and recycling within meaningful contexts. Cognitive science tells us how powerful the 'testing effect' (aka 'retrieval practice effect') is. But you might like to get students to learn chunks or whole sentences than isolated words. This offers more communicative power and takes advantage of the 'chunking' effect we use to organise information.

When planning a lesson the acid tests should be: Is this task useful? Does it build long-term memory? Is it just challenging enough? Is it enjoyable? Is the focus on comprehensible, recycled language?

And when evaluating your curriculum (scheme of work) does it respect principles such as spaced learning, repetition, high frequency vocabulary, interesting cultural content and assessment matched to teaching?

I would not advocate a traditional classroom per se, but it is not the case that every task we set has to be an exciting one! Above all, the classroom is a place for work, and most students know this. I would hope to mix up a unit of work with all sorts of tasks, some very traditional, some more imaginative. When students are judging their teachers, they will appreciate imaginative planning and a lively approach, but above all they will wish to work and enjoy the company of their teacher. And this is of course the crux of the matter: teaching methodologies are very important, but more important is the personality of the teacher and the way they are able to control, interact with and motivate their pupils. There is no one way of doing this and it is difficult to teach and learn such subtle skills. Teachers need to have well-developed empathy with their students, not just emotional, but cognitive - a keen sense of what students find easy and hard and what is needed to move them forwards.

In our book The Language Teacher Toolkit (2016) Gianfranco Conti and I listed 12 principles you might find useful:

Learning a language is a difficult thing to do and adverts claiming you can learn a language in three months do us no favours. Poor school timetabling for languages (one hour or even two hour-long lessons, just one, two or three contacts per week) means that only the best pupils have a chance of making serious progress. Don’t forget to tell your students that in science, no-one expects you be a Newton or Einstein; similarly in languages, you cannot expect to speak like like a French person in five years. Professor Eric Hawkins said that teaching a language is like “gardening in a gale” – you plant your seeds and then the seedlings are blown away by the gale of English from one lesson to the next. The biggest motivator I have come across for pupils is the visit abroad, especially the exchange format.

We have a hard task in many schools trying to share our skill and enthusiasm, but the fact that we can still produce many skilled and enthusiastic linguists despite all the obstacles should reassure us. If we are demanding, sensitive to pupils’ needs and pragmatic we can achieve a lot.